New to Azure pipelines? Learn how to get started, easily!!!

Since the day Microsoft released the Azure pipelines it has been getting a lot of traction.

Not only private repositories but also many open source projects are also adopting and migrate to Azure pipelines.

Being a go-to use CI/CD tool for every developer, it's still a new concept for most of them.

As the pricing shows that you can get started with Azure pipeline in your private projects, but there is a metered usage on build time and the number of parallel jobs you can runs. 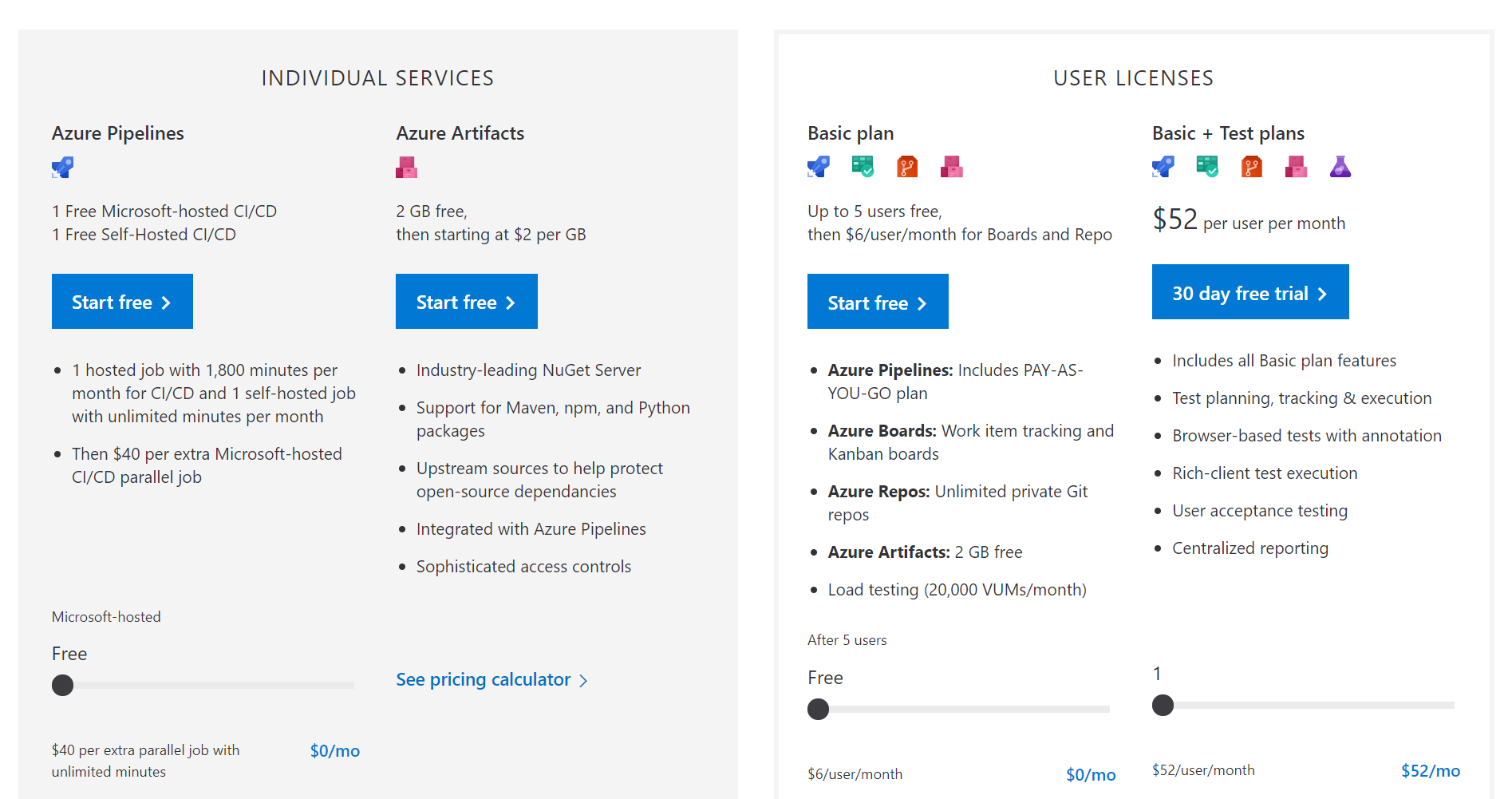 This screenshot is taken from Azure DevOps pricing page.

But on the other hand ✋🏻, Microsoft has shown some ease for open source projects and provides a free plan with some more goodies 😊.

This screenshot is taken from GitHub marketplace.

In that context, Thermal CI/CD is also ⚡ powered by Azure Pipelines to create builds for different operating system.

Customizing Azure pipeline to your own requirements is what makes it so interesting. It might seem like a child play, but in actual it is a bit complicated than that 😅.

It all starts by creating an azure-pipeline.yml file anywhere in the codebase. It's not important to name it exactly the same you can even name it awesome-pipeline.yml 🤘🏻

Once you will add your repository to Azure DevOps dashboard it will ask you to select the path of the azure-pipeline.yml file.

You can start with this minimal configuration just to get the feel and taste 😋 of it and later you can customize to build and deploy your code.

I will be soon starting a series name Azure Pipeline, sharing my thoughts and opinion about it and this is the first article of that series.

PS: I am not related to Azure pipeline in any ways, to get official help, try read the docs or reaching out their support team.

Thanks for reading this article